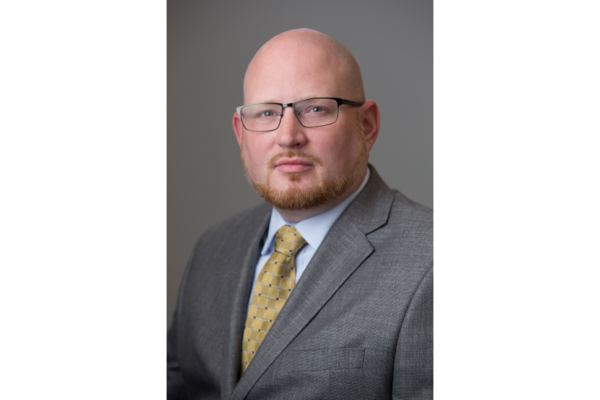 Nick comes to Kieffer’s with almost a decade of commercial equipment sales, management, and kitchen design experience.  He does his best to create an upbeat and focused environment, even for team members who don’t support the Philadelphia Eagles.  Nick holds certifications in commercial food equipment, emergency management and firefighting; although most nights he spends cooking at home with his family. 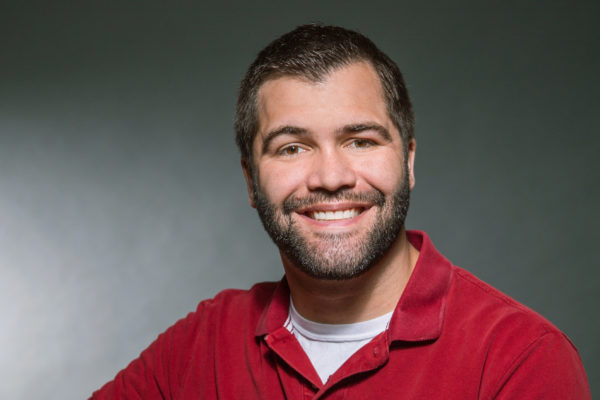 Matt is a trade account manager and a family man who loves his wife and adores his kids. 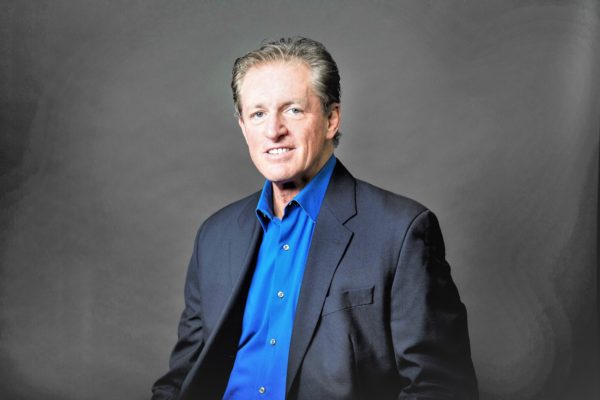 With over seven years in the appliances business, Bill is a member of the BIA and HBA.  He enjoys gourmet cooking and growing his own herbs.  When he is not out promoting business, you can catch him coaching youth wrestling and little league. 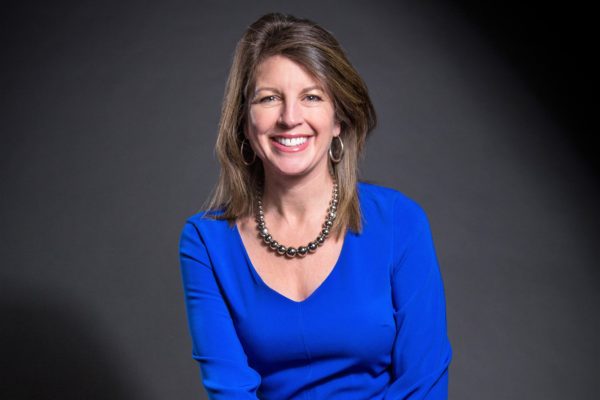 Kristen is a very busy bee. She is active in her sons’ schools and is a leader in her community. Outside of the office, she can be found courtside watching her sons play tennis, basketball, and baseball. 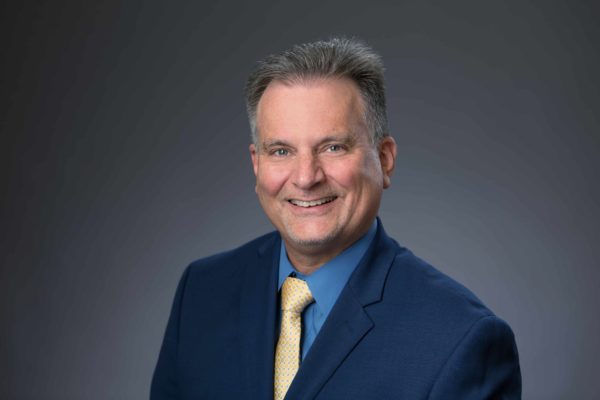 Lee solves problems with creativity, handles negative situations with humor and settles conflict with Rock, Paper, Scissors.  He enjoys watching his kids play sports, working on his cars and trying new local restaurants.  He has been in the appliance industry for over 10 years and before that, he was an award winning kitchen designer. 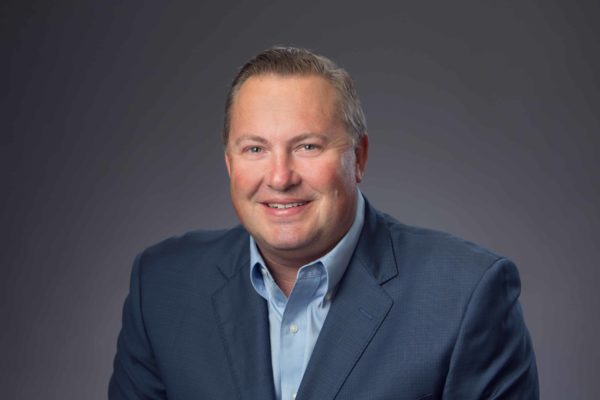 Mike currently handles accounts in NJ and Philadelphia.  He’s the Associate Vice President of the Builder’s League of South Jersey, and highly involved in the NKBA.  He’s an avid golfer and is the reigning Camden County (NJ) Amateur Champion.  He enjoys spending time with his wife Bridget, and their two kids Gunnar and Annie. 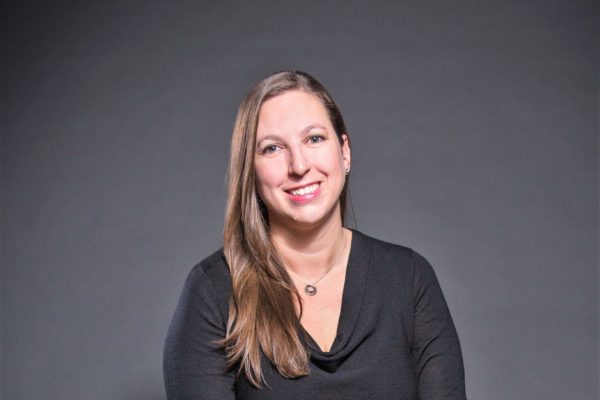 Katie loves to travel, and has been to just about every corner of the planet. She is a music lover and huge Philadelphia Flyers fan. 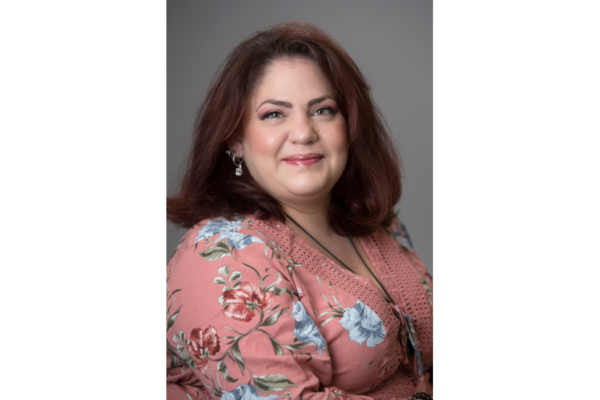 Connie is a second degree black belt in Tang Soo Do.  She also studied Hung Gar Kung Fu and Tai Chi.  She went to the Art Institute of Philadelphia for Industrial Design and she loves making furniture and doing special effects in her free time.  She is a big Sci Fi junkie and also enjoys working with local animal rescue groups fostering animals and raising bottle-fed baby kittens. 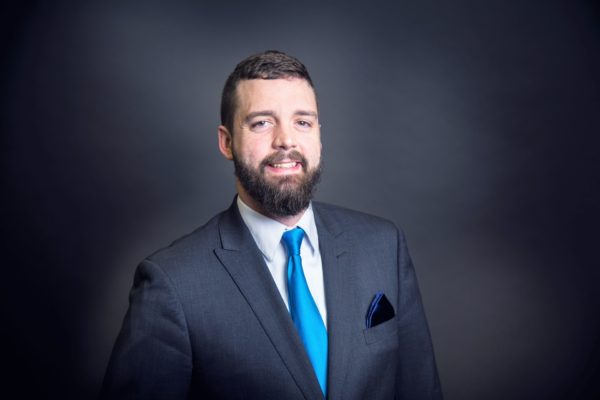 Geoff is an original native of upstate Pennsylvania.  His polite and helpful ways brighten our showroom, and he looks forward to helping you with your next appliance selection. 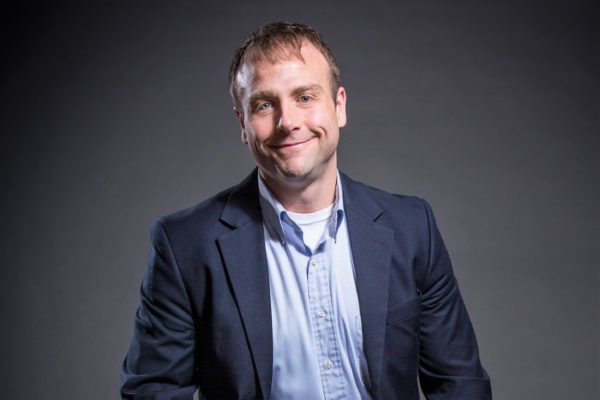 Conal has been with the company for over 1o years.  Little known fact: he is a saxophone teacher and a music fanatic. 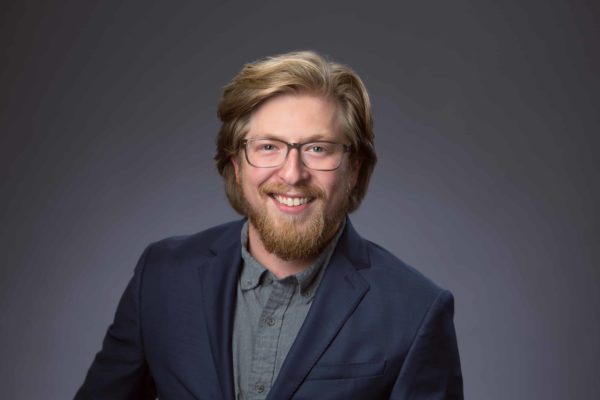 Happily married with two beautiful daughters, Rob is a positive and valued member of the Kieffer’s team.  Look for his friendly smile and awesome hair as soon as you walk into the showroom!  In his spare time, Rob grows coral and collects some of the most amazing fish we’ve seen! 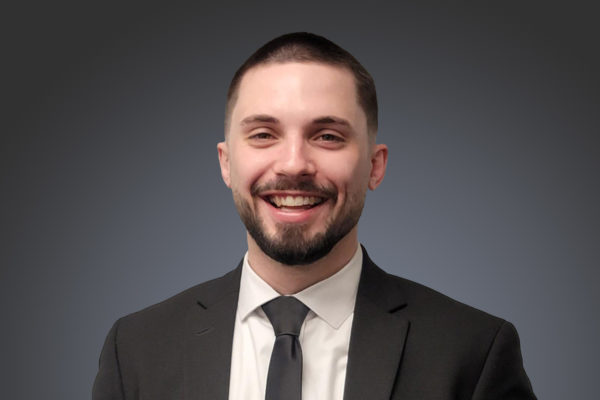 Derek has been in sales since college.  He is an avid sports fan and is always watching the games for all of his favorite teams, especially the WVU Mountaineers!  Outside of work, you will usually either catch him on the golf course or doing something fun with his girlfriend, Jen, and their dog, Ryley.  Fun fact: Derek is in a bowling league with his college buddies and is known for never turning down a cold Yuengling! 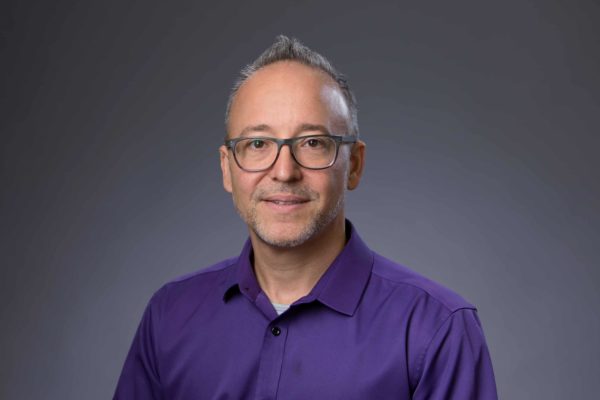 Dustin holds a CKD (Certified Kitchen Designer) certification, among many other achievements in the building industry. Brewing beer and riding his motorcycle are two of his many hobbies. Unfortunately he is a big fan of the San Francisco 49ers. 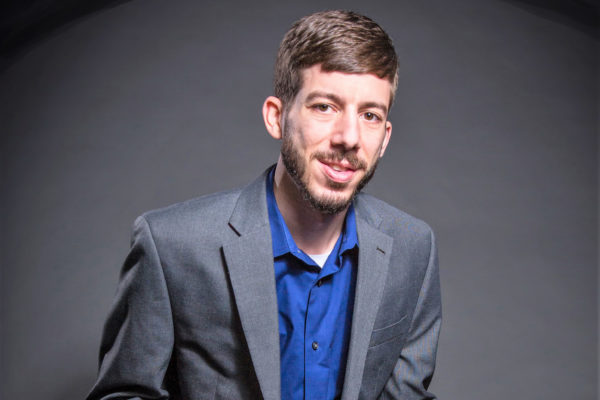 Matt is an avid fisherman in Sea Isle City, NJ.  A Kutztown grad, he is married and has an adorable goldendoodle.  He is also a Philadelphia sports fan and enjoys a good craft beer. 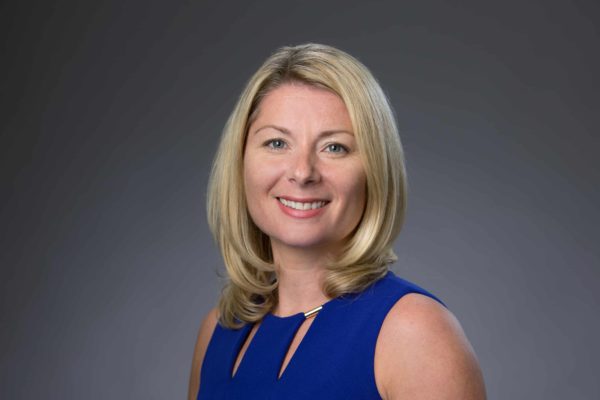 Agata is originally from Poland, but she’s 100 percent Pennsylvanian. She loves spending time with her family and is a total “foodie”. 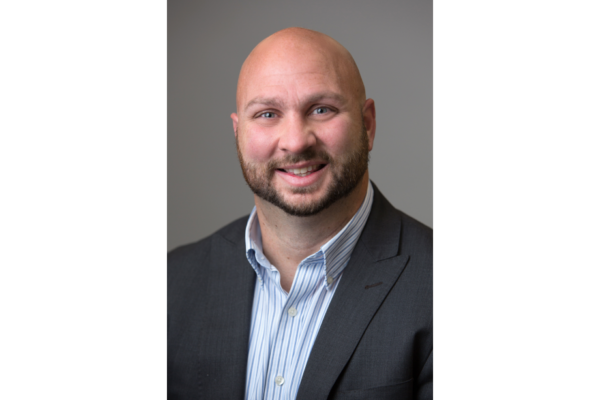 Ryan has been in sales for more than 12 years.  He loves all Philadelphia sports teams and is an avid Manchester United fan.  If he isn’t at the office, he is relaxing at the beach or at home spending time with his wife and kids. 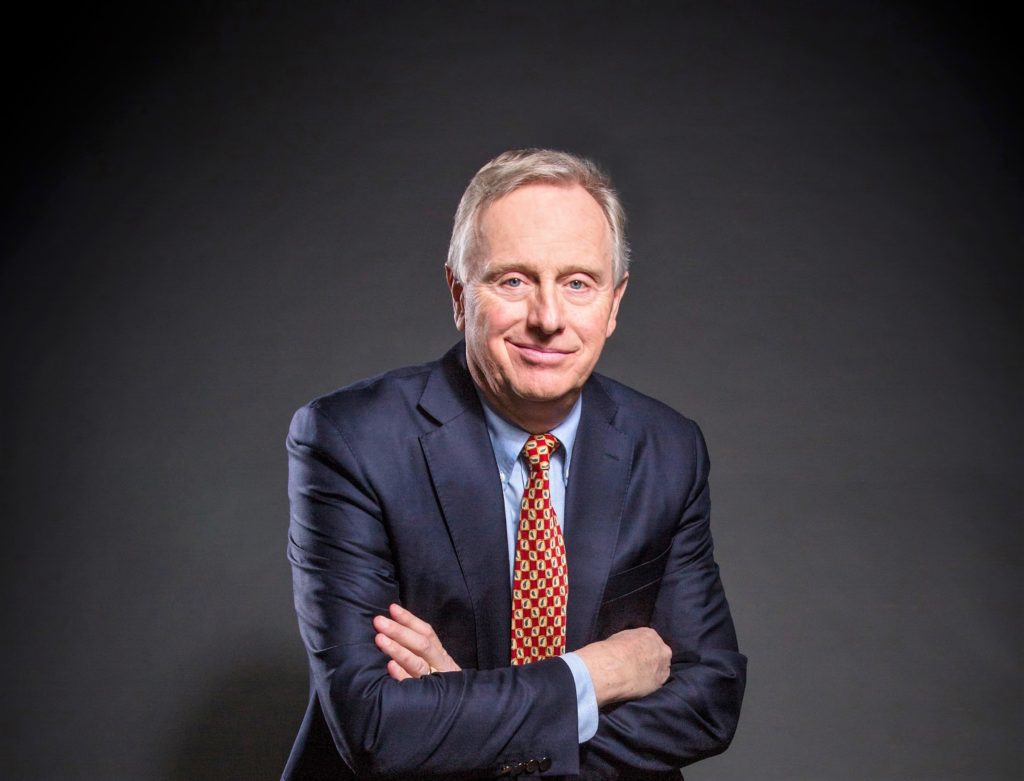 3rd generation Kieffer and the current president, John follows in the footsteps of his father, uncle, and grandfather in the appliance business. John enjoys a good game of golf and a good brew. 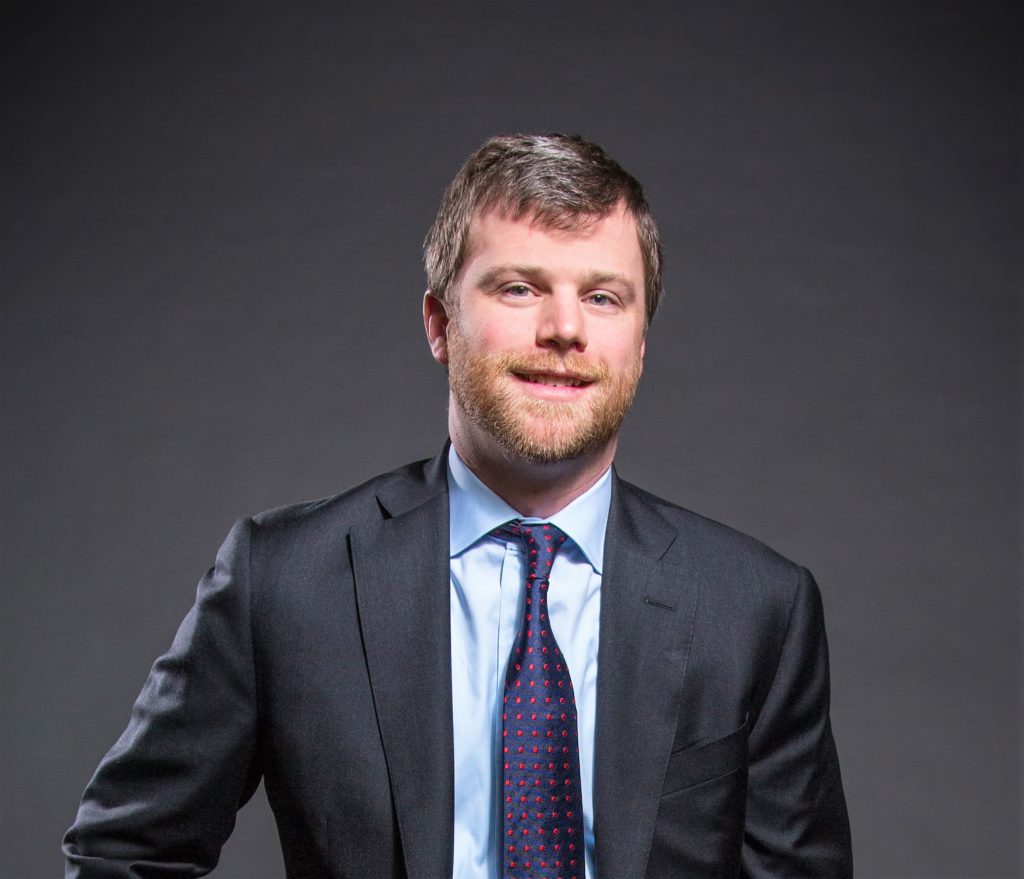 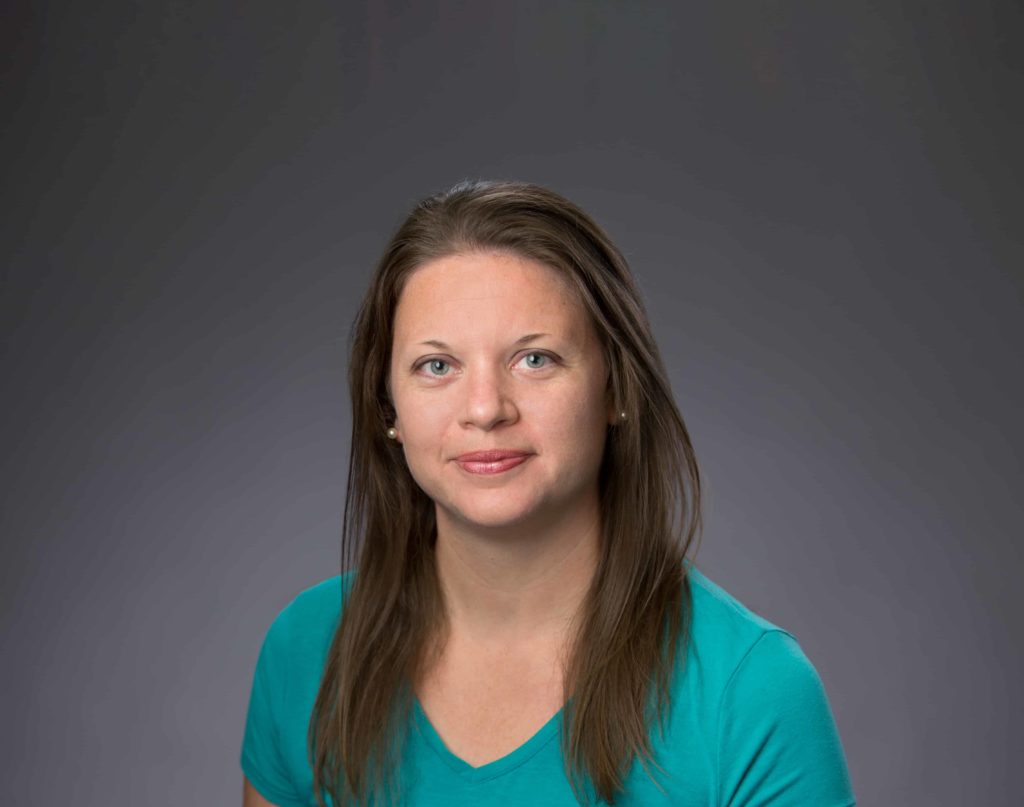 Jenna is our princess; Disney princess, to be exact.  She’s a huge fan of all things Disney and even worked at Disney World. She loves spending time with her family and exploring new places. 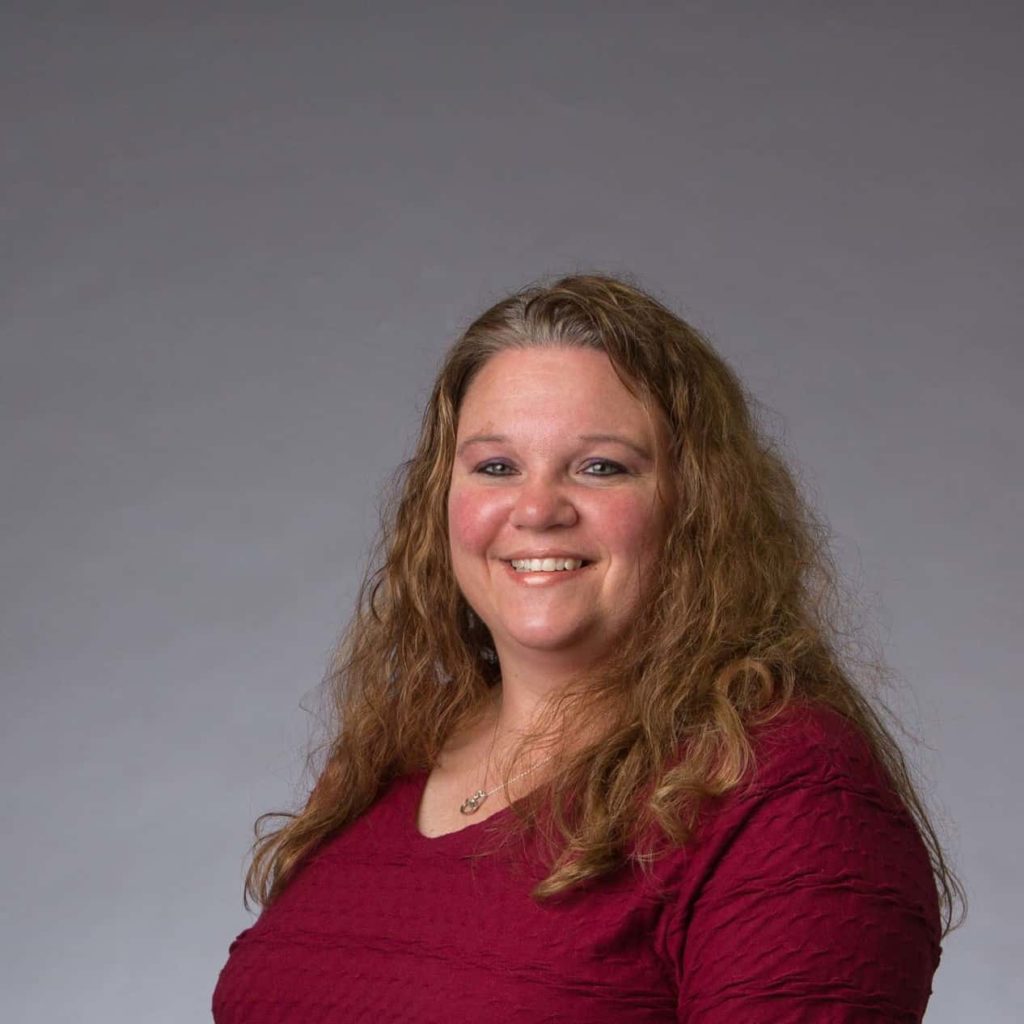 Karen has a green thumb. She is a passionate gardener and a pet lover. When not working, she loves doing projects around the house. 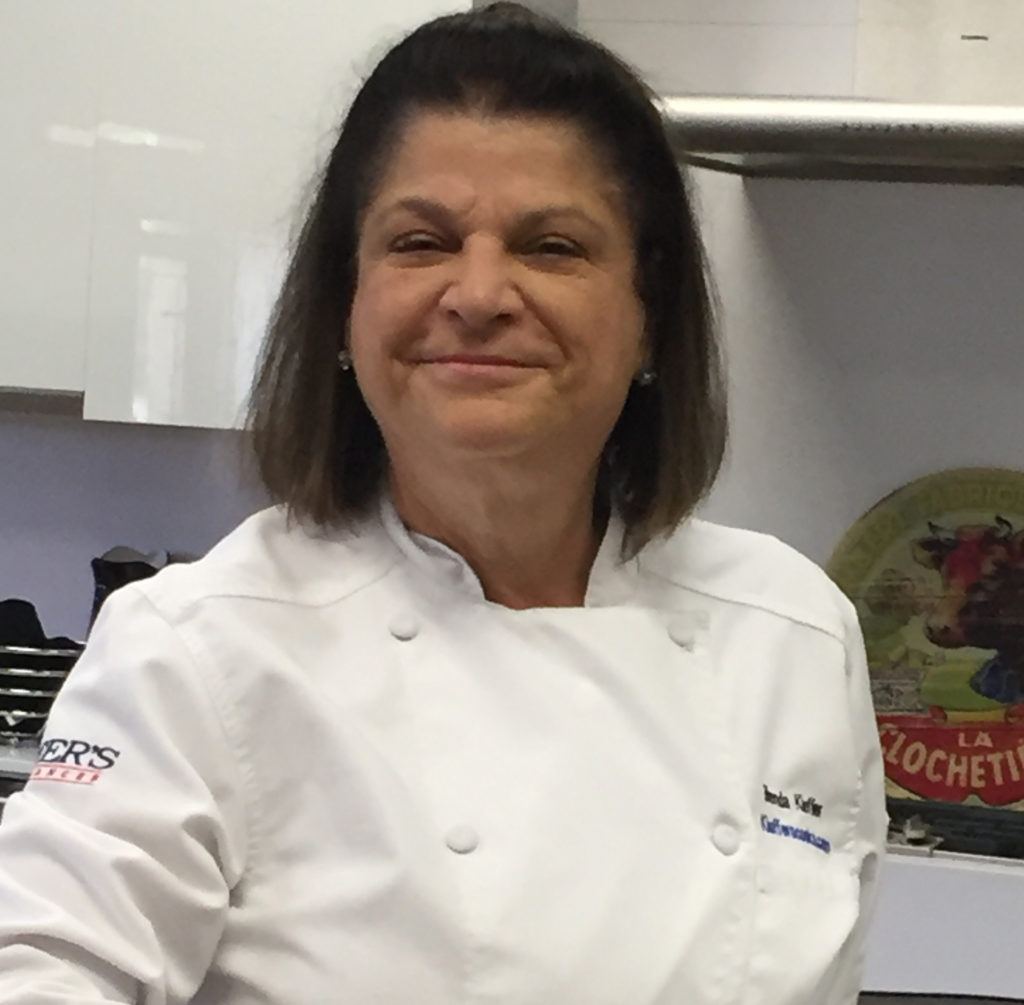 Brenda is a certified Chef and is responsible for cooking appliance demos, as well as all store events where food is served. She also teaches at Montgomery County Community College in their Culinary Enthusiast program. Little known fact: Brenda was an apprentice to the Pennsylvania Ballet Company and she drove Talladega Speedway. 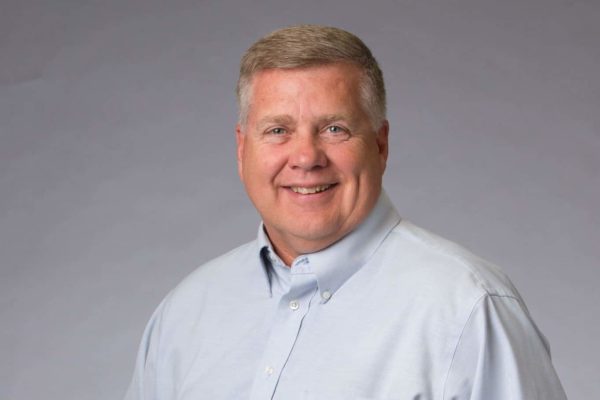 John has been with Kieffer’s Appliances for over 25 years and is the pillar of the organization. He coached his children’s basketball teams for over two decades and currently gives John Kieffer a run for his money on the golf course. 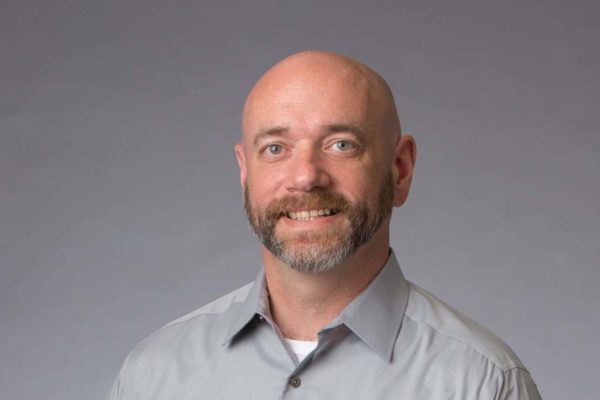 Over 15 years with Kieffer’s Appliances and Ethan still makes everyone in the office laugh. He started as a driver, worked his way through the ranks, and is currently the Operations Manager. 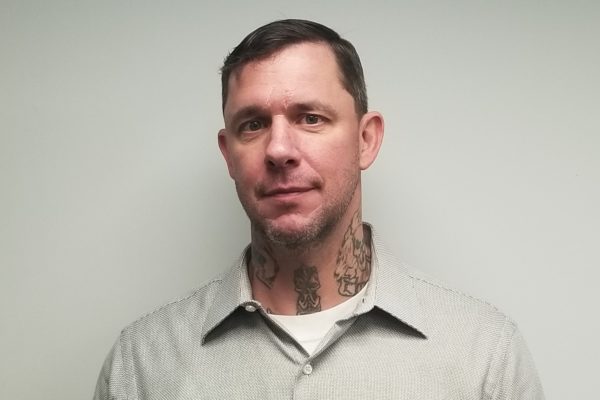 Tim is the newest member of the Operations Team.  He comes to Kieffer’s with over a decade of operations experience in the scrap metal recycling industry.  He graduated from Penn State and is also a US Army & PA Army National Guard Veteran.  When he is not working, he enjoys spending time with his family. 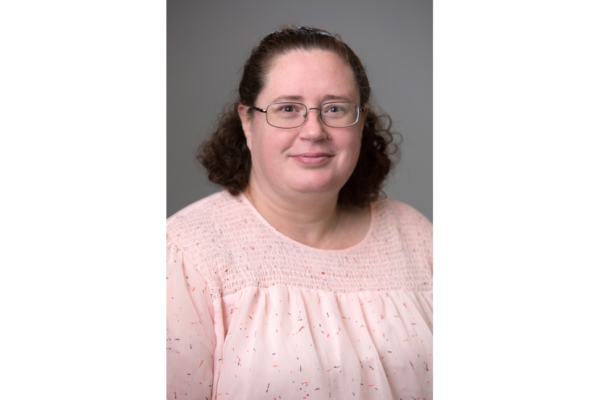 Susan works in the operations department.  She has 28 years of administrative experience and works hard to help Ethan.  If you see her at work, she always has candy to share!  When she has free time, she is with her grandson, whom she loves dearly. 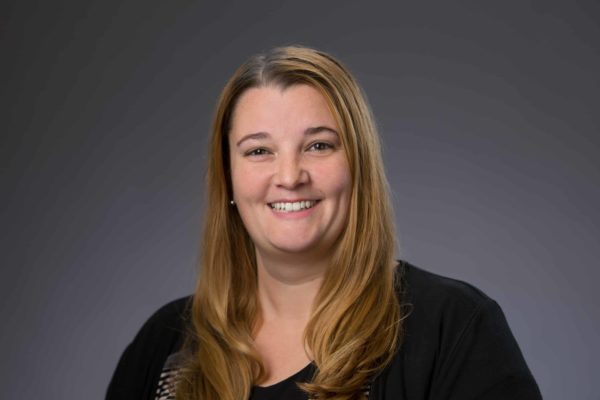 Jamie manages our accounts payable and receivable. She’s a busy mom that’s always on the go. We try to keep her happy, since she handles the money, but she’s a very sweet and bubbly person to start! 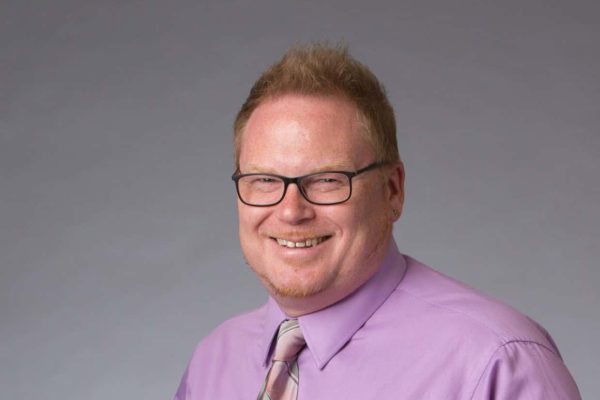 Senior Purchasing Supervisor by day, Rock Star by night, Rich has been playing drums for  noteworthy and acclaimed bands in the Region.

Don’t let his rock exterior fool you though, he’s all about the details and just melts around his 7-year-old daughter. 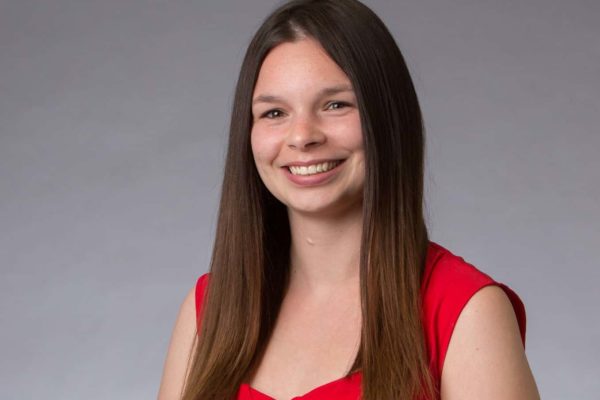 One of the newer members of the operations team, Missy has over five years’ experience in retail.  When you don’t hear her voice on your voicemail, she is spending time with her son. 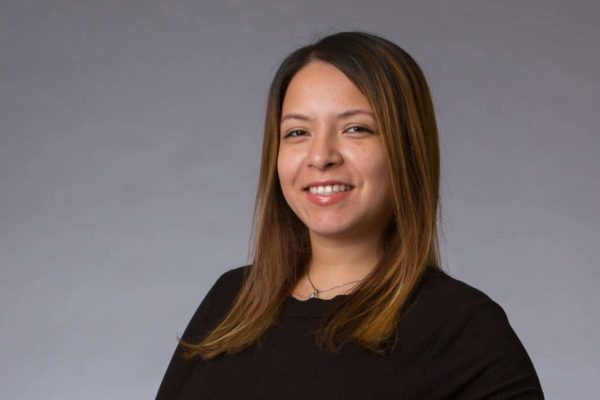 Jessica completes the new operations trio and comes to us with ten years experience in Operations Management.  When she is not working, she enjoys spending time with her husband Lou and three kids: Louis, Dominic and Gabriella. 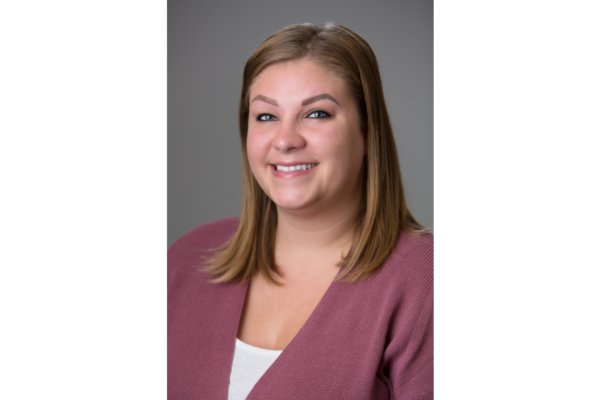 Trisha worked in customer service/retail since 2008.  She loves the Philadelphia teams and when the Eagles won the Super Bowl, she accidentally dyed her face green and it stayed like that for a week.  In her down time, she likes to go fishing and hang out with her family.  Fun fact: She has never lost to Lee (Kieffer’s Sales Rep) in Rock, Paper, Scissors four years running.